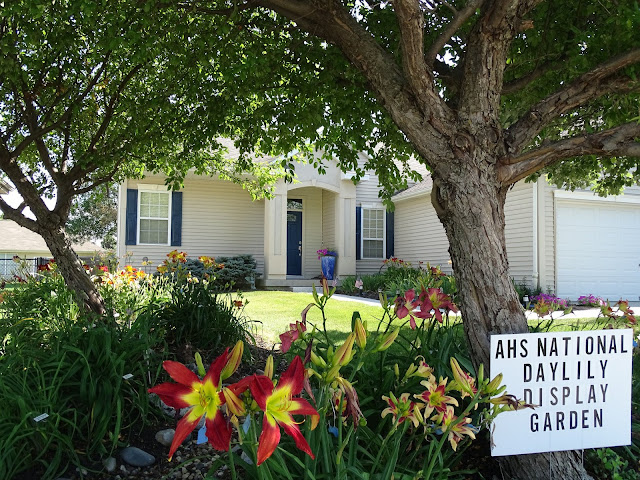 Welcome to Ferguson Fantasy Flowers—all pics courtesy of Linda and Scott Ferguson except where noted
Daylilies beds surround the house. Some are next to the driveway and the street, and there are two berms in the front yard as well. 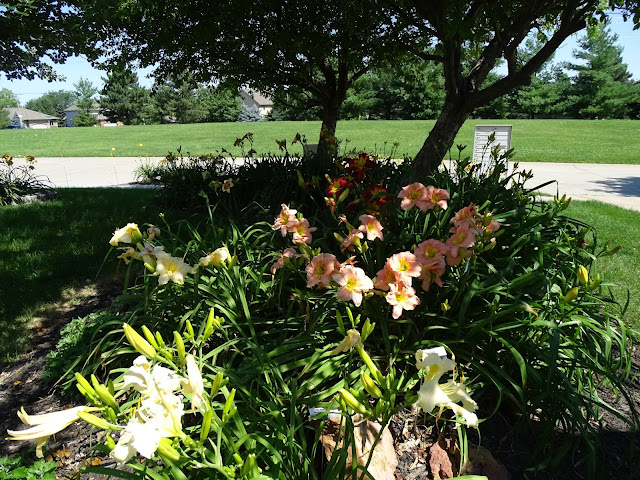 Front yard flower bed
A front-yard bed next to the house continues on the east side of the house. A large daylily bed highlights the back yard. Linda and Scott grow many daylilies from Di DeCaire, Bob Selman, Jamie Gossard, and Region One hybridizers. 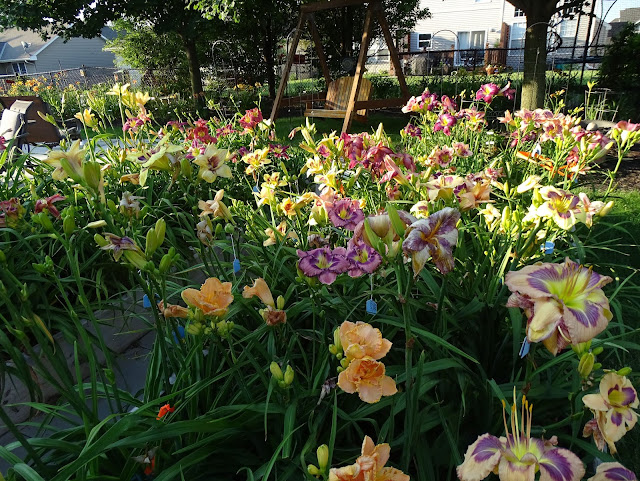 The backyard swing invites you to sit, relax, and enjoy the gorgeous blooming view 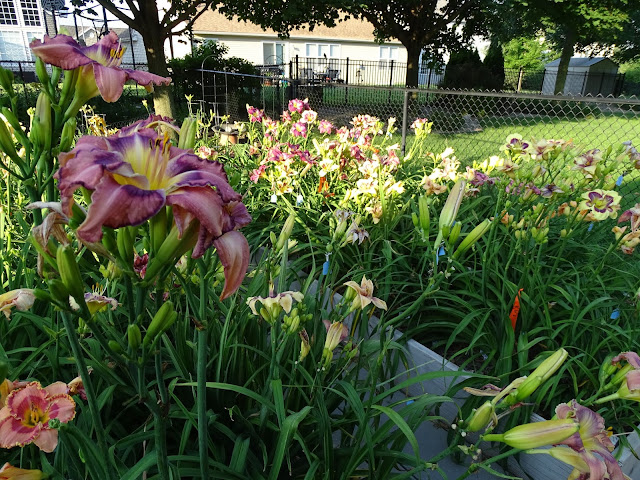 Another view of the many lovely daylilies in Linda and Scott's back yard
Linda started hybridizing daylilies four years ago. Two raised backyard beds next to the patio contain her selected seedlings. Linda’s hybridizing goal is for large, strongly patterned daylilies with clear colors. Four of Linda’s tetraploid seedlings will be future registrations—CCXMB, EOLXDD, CCXNW, and BBXBA. 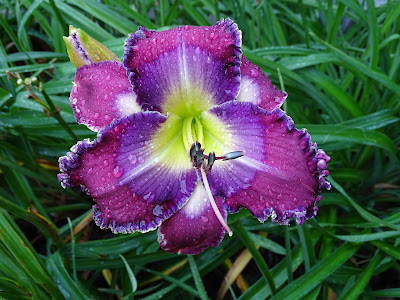 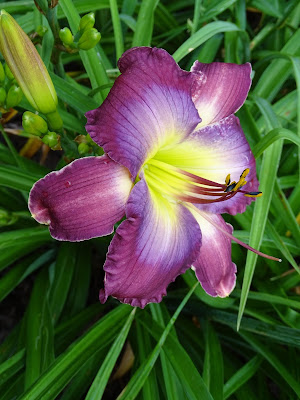 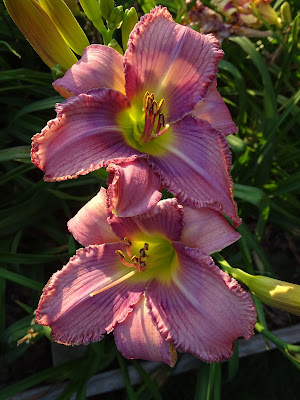 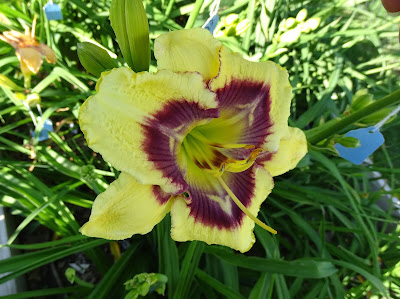 Linda Ferguson's tetraploid seedling EOLXDD 'Echoes of Love' X 'Dragonfly Dawn'
Scott hybridizes, too, and his goal is to produce beautiful daylilies that bloom well in shady conditions. When the Fergusons started hybridizing, they quickly ran out of room. Linda and Scott currently rent a garden plot at a nearby church where their new seedlings are planted.
When Linda’s mother passed away five years ago, Linda wanted to memorialize her. She found Paul Owen of Slightly Different Nursery, who has a “Name a Daylily” program, where customers can buy an entire group of a seedling, and Paul takes care of the registration process. Linda’s mother’s favorite color was bright red, so Linda purchased all of Paul’s tetraploid seedling later registered as JESSIE’S LOVE (Owen/Ferguson, 2014) to honor her mother, Jessie. JESSIE'S LOVE has 6.25 inch blooms on 28 inch scapes with four-way branching and 24 buds. It begins flowering during midseason-late and helps extend the daylily bloom season. 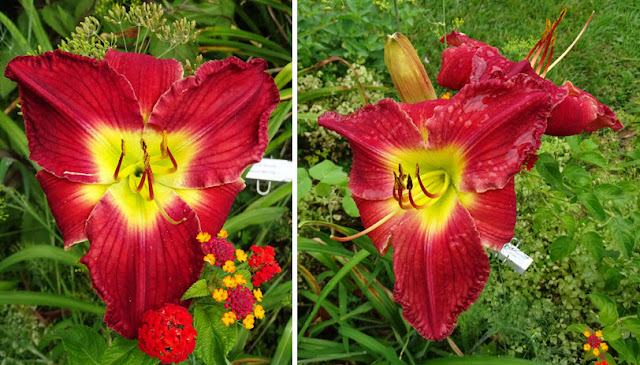 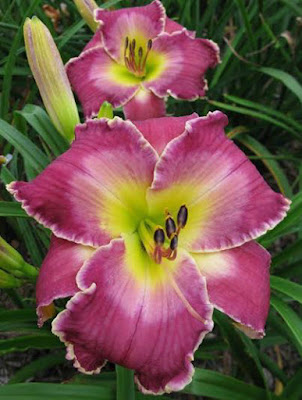 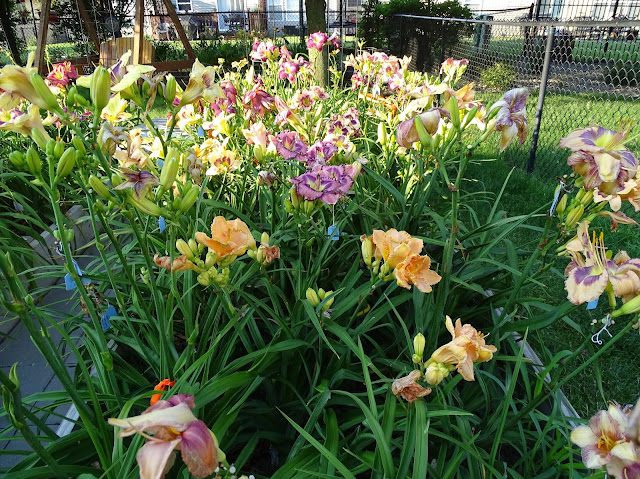 Daylilies beautifully illuminate this backyard corner border
Posted by Mary Baker at 11:28 AM