The American Daylily Society announced the 2018 cultivar award winners during the fall Board of Directors meeting on October 27, 2018. Three Region One daylilies won awards, all hybridized by Karol Emmerich of Springwood Gardens in Jordan, Minnesota.

Karol Emmerich’s beautiful ENTWINED IN THE VINE (2007, tet) won the 2018 Stout Silver Medal, the highest honor bestowed on a daylily. ENTWINED IN THE VINE won an Award of Merit in 2014, an Honorable Mention in 2011, the R. W. Munson, Jr. Award for distinctly patterned daylilies in 2012, and the Extra Large Diameter Award in 2012. 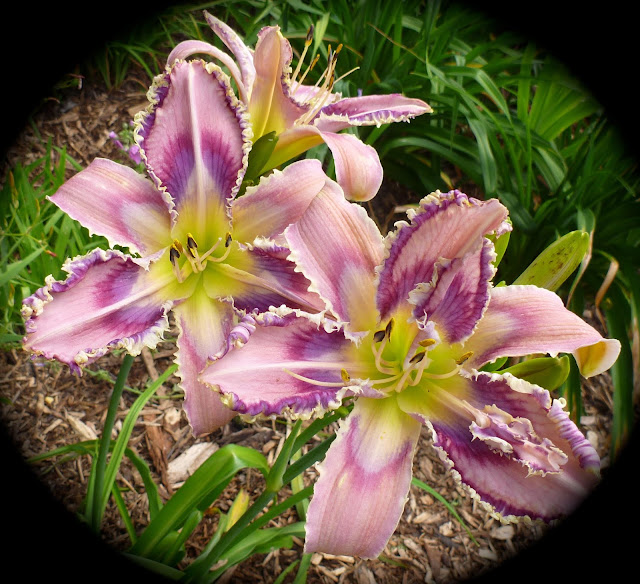 'Entwined in the Vine' (Emmerich, 2007) photo courtesy of Kathleen Nordstrom

For more pictures and description of ENTWINED IN THE VINE, click HERE. 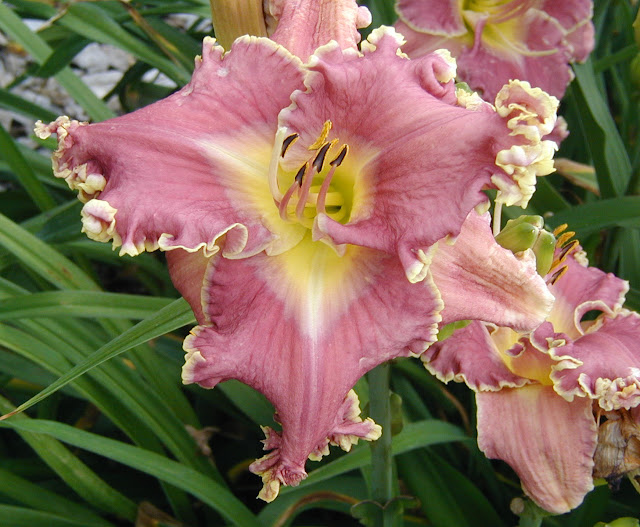 For additional pictures and information about WRESTLING WITH ANGELS, click HERE. 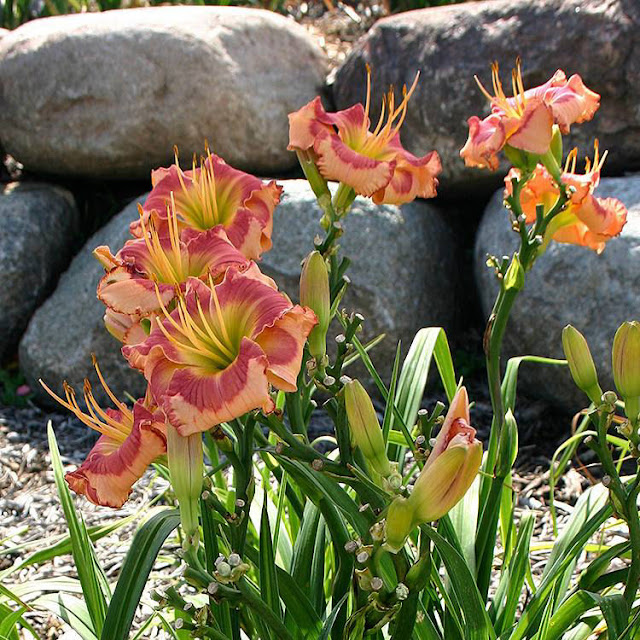 For another picture and description of OVERFLOWING HEART, click HERE.

Congratulations and kudos from everyone in Region One, Karol! We are proud of your accomplishments and thank you for your service to our region.

Posted by Mary Baker at 1:35 PM No comments:

The Nebraska Daylily Society (NDS) invites you to join us on Friday, July 5 through Sunday, July 7, in Omaha, Nebraska, for the 2019 AHS Region One Meeting. Click HERE for the registration form with fillable fields—you can use your computer’s keyboard to type your information—no handwriting is necessary!

The host hotel is the Marriott Hotel, 10220 Regency Circle, Omaha, Nebraska 68114-3706, 402-399-9000. Mention “Nebraska Daylily Society” to get the reservation group rate of $106 per night. This hotel has been completely remodeled as of September 2018. Parking is free and easy in the large 600-space parking lot. Click HERE to see the hotel pictures and amenities.

The hotel is just across the street from Regency Court, where you will find Bonefish Grill, Fleming’s Steakhouse, Williams Sonoma, Pottery Barn, Borsheim’s (Berkshire Hathaway’s jewelry store), and the nearby Whole Foods. Westroads Mall is a few blocks away.

Omaha is known for its high number of delightfully diverse restaurants per capita. But good eating is just the beginning. Did you know there is much to see and do while you’re in Omaha? Consider extending your visit to experience all that Omaha has to offer. Here are just a few of our area attractions:

Celebrate daylilies with us in Omaha on July 5-7. Visit with friends and meet new ones while we enjoy beautiful daylily Fireworks in the Gardens—don’t let the only thing missing be you!

Posted by Mary Baker at 8:47 AM No comments: