Doug Bremers’ Garden is a small urban garden. The only shady area is in the front yard, where 25 different hosta varieties grow. 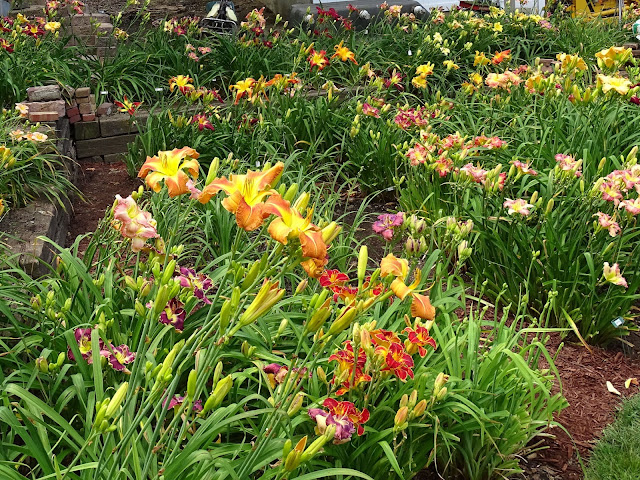 Welcome to Doug Bremers' Garden—all pics courtesy of Robin Lowe
Along the driveway leading into the back yard and throughout the back yard, you will see specimen clumps of about 450 registered daylily cultivars. 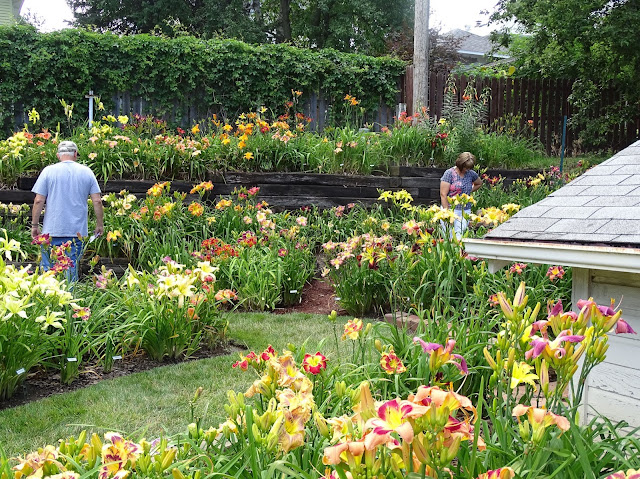 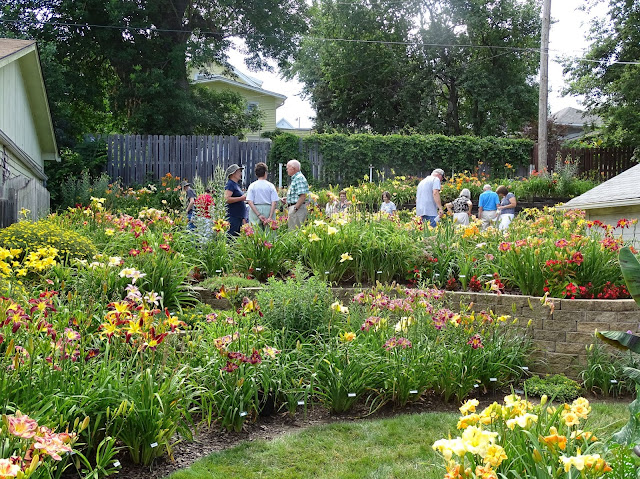 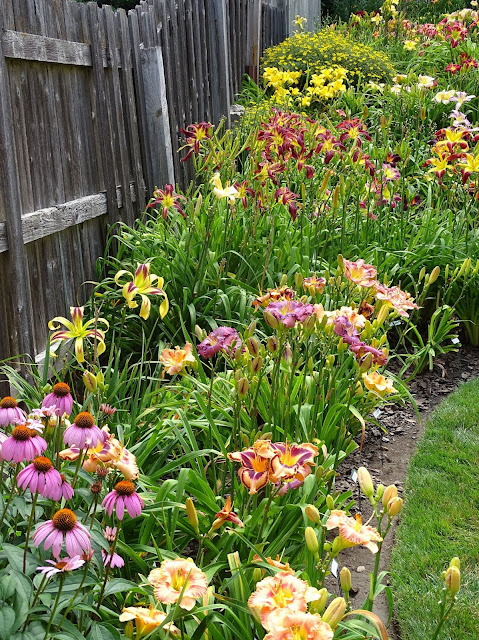 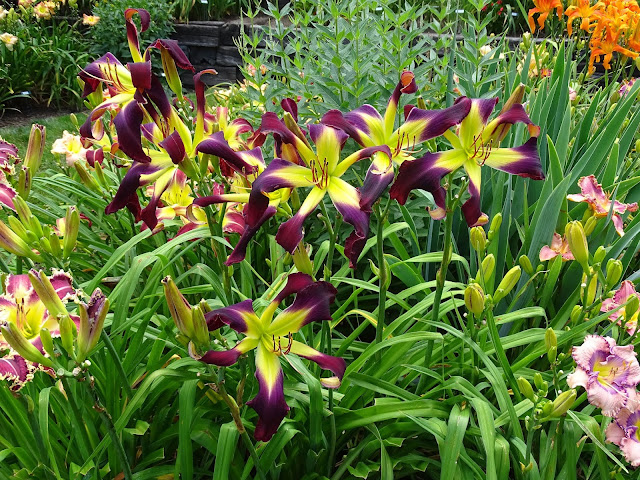 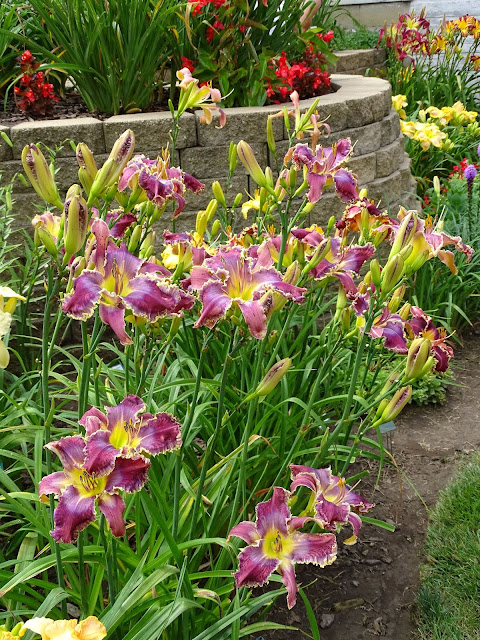 
In the past few years, Doug became focused on collecting daylilies from Region One hybridizers, including recent acquisitions from Nebraska Daylily Society members Dave and Val Jean Hansen.
Doug’s interests continuously evolve, so you will see daylilies of all forms and colors in his garden. Doug appreciates daylilies with taller scapes and has always liked large-flowered daylilies. Doug is becoming fond of miniature daylilies for their charm and appeal. 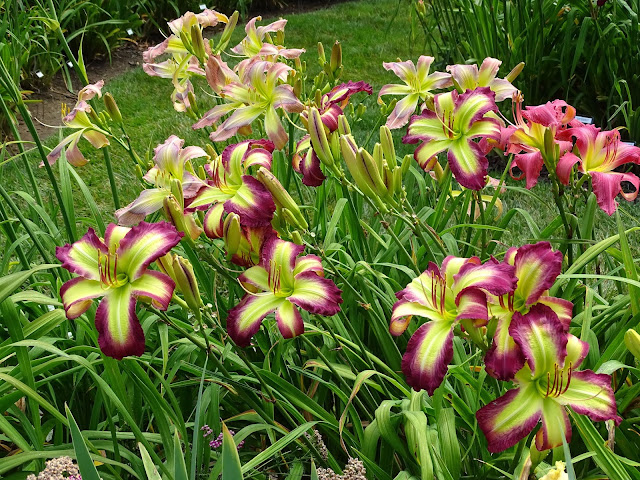 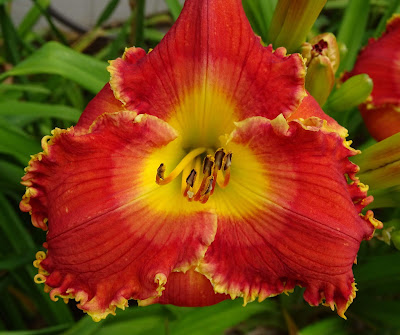 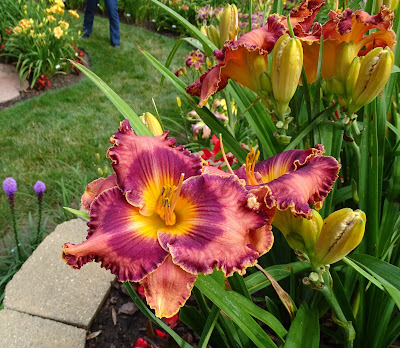 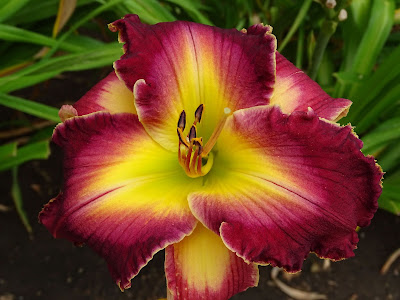 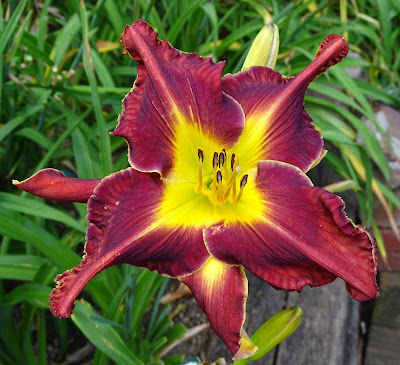 Seedling TGBIXBRW 'Topguns Branding Iron' X 'Big Red Wagon'
Doug has not yet registered any of his daylily seedlings. Doug has a future registration in mind that he gave to his late brother Alan to grow in his Texas garden. Alan texted Doug a picture of the seedling’s bloom the day he passed away, and noted that it looked good in his garden.
Doug has been an American Daylily Society (ADS) and a Nebraska Daylily Society member for several years. Doug is an ADS Garden Judge, and he became a Garden Judge Instructor in 2014.
Doug invites you to visit his garden and enjoy the many beautiful daylily cultivars and seedlings. 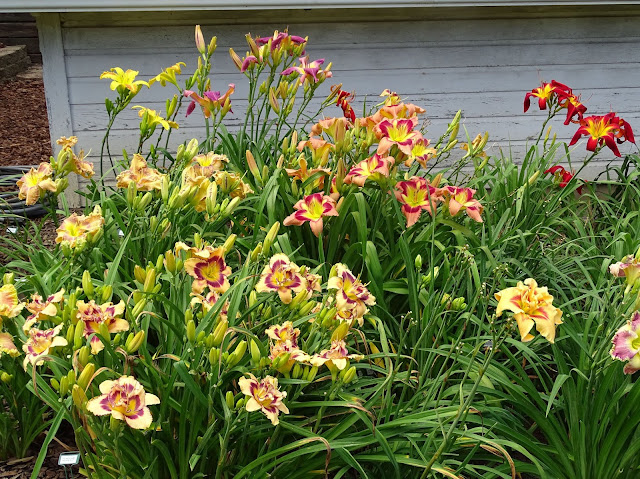 A riot of colorful daylilies—in back on the far right is 'Springfield Clan' (Jane Trimmer, 2001)
Posted by Mary Baker at 1:11 PM