Fireworks in the Gardens
2019 ADS Region One Meeting • Omaha, Nebraska • July 5-7, 2019
Hosted by the Nebraska Daylily Society—click HERE for registration form
Charles and Heidi Douglas of Browns Ferry Gardens, Guest Speakers
McIntosh Daylily Place, Omaha, Nebraska—Phyllis McIntosh
McIntosh Daylily Place, the garden of Phyllis McIntosh, is an American Daylily Society (ADS) Display Garden in Omaha, Nebraska. What began as an iris collection gradually shifted toward daylilies. Phyllis attended an agricultural display in Mead, Nebraska in 1997 hosted by the University of Nebraska. The Nebraska Daylily Society (NDS) staffed a booth and gave a daylily to new members. Phyllis joined NDS in 1997, and has been a member ever since. Phyllis enjoyed attending all ADS Region One meetings since 1998 plus several Region 11 meetings and three ADS National Conventions. 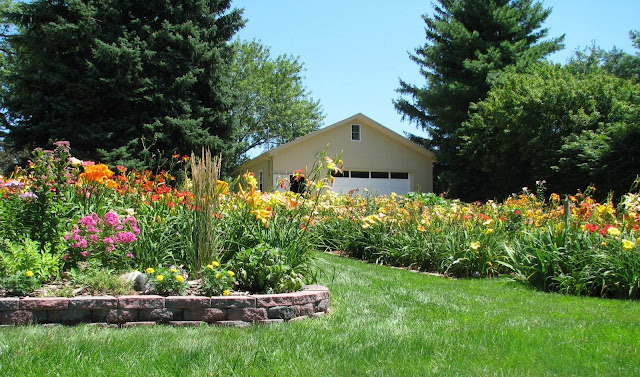 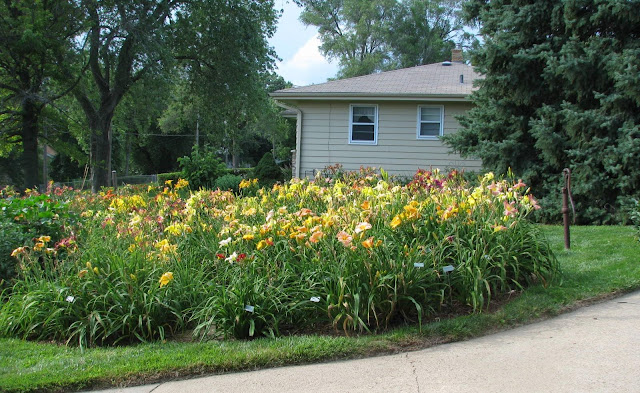 The landscape consists of several flower beds. Each bed is edged with brick and/or stone. 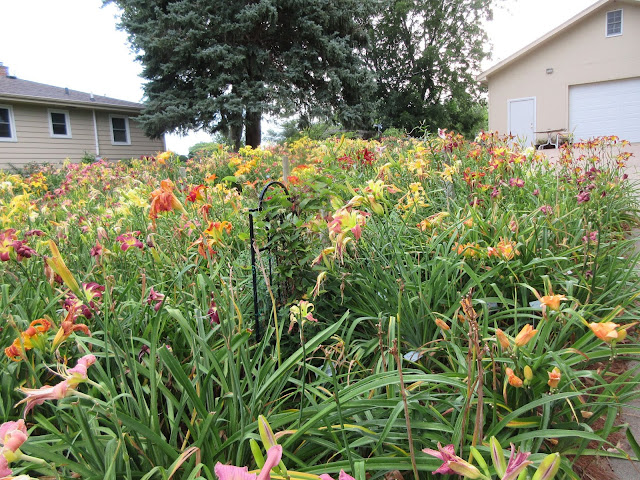 Companion perennials such as Oriental lilies, hosta, clematis, sedums, and coral bells are interspersed among the daylilies. In the spring tulips and daffodils bloom. Several peonies came with the property. 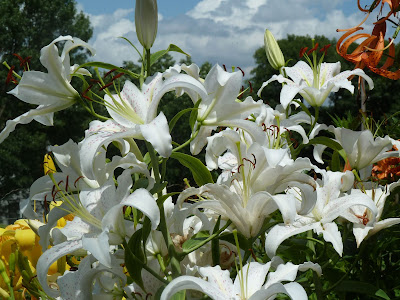 Oriental and tiger lilies
McIntosh Daylily Place gently slopes upward from the street. The back yard is mostly level. Phyllis’ home is on an extra-large city lot almost half an acre in size. 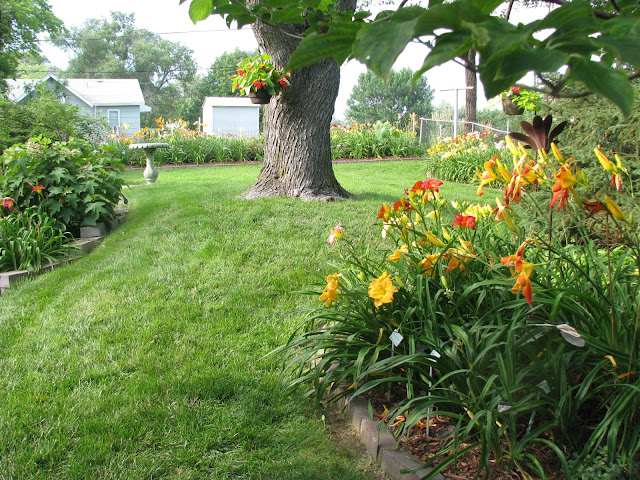 Backyard beds invite you to stroll among the many gorgeous daylilies and companion plants
There are plenty of seating areas with shade on the back patio and pergola with a view of a lovely water feature. 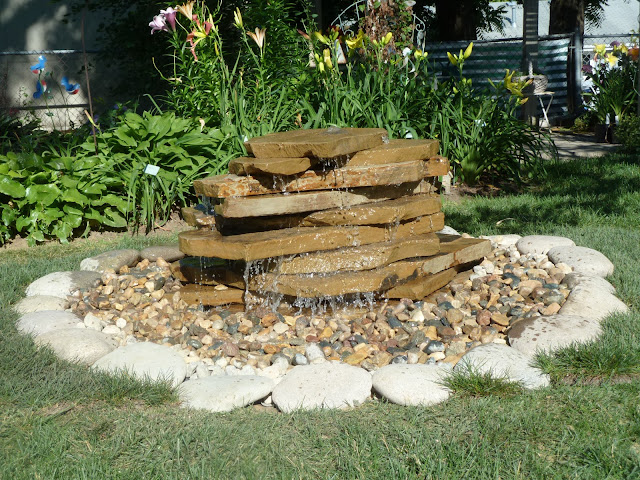 Bubbling rocks accentuate the garden
Phyllis hybridizes tetraploid and diploid daylilies. You will see hundreds of her daylily seedlings in several stages of growth. Initially the seedling area was all vegetables, but now it is challenging to find space for a single tomato or cucumber plant. 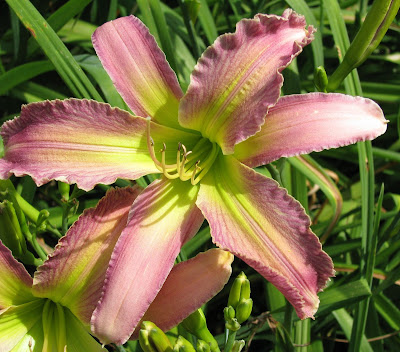 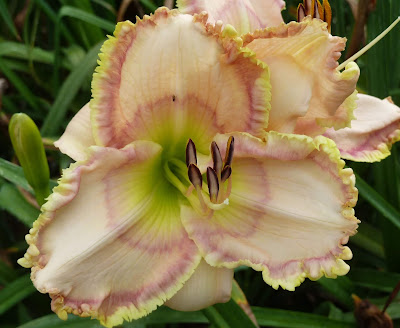 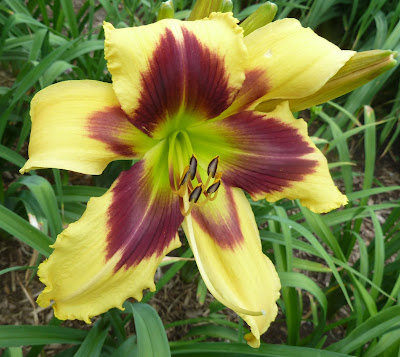 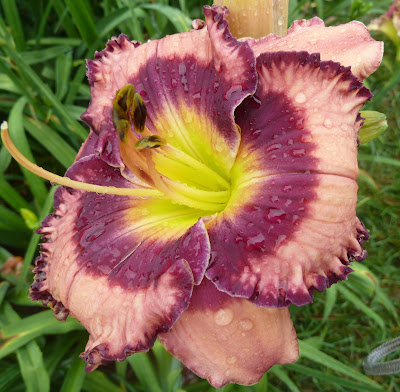 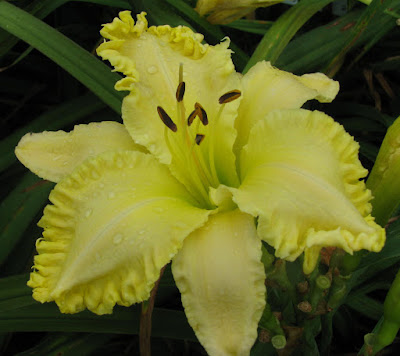 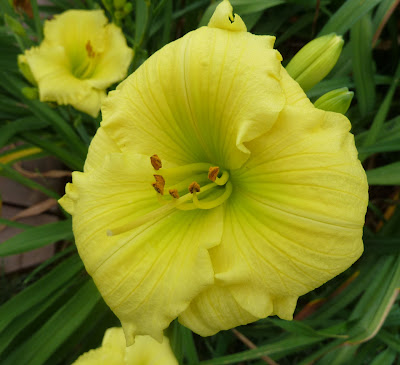 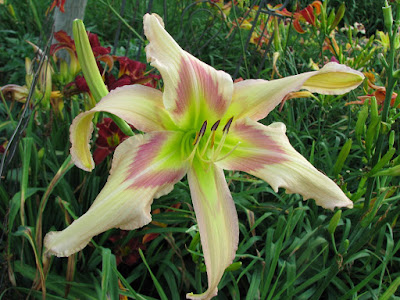 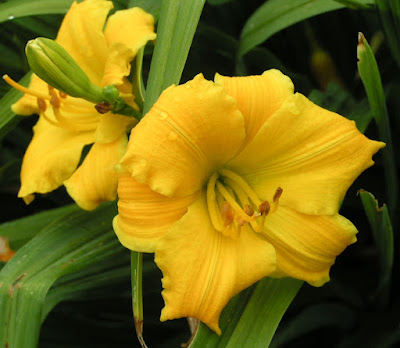 'Pixie Chick' (Phyllis McIntosh, 2006)
Phyllis may register two selected seedlings—diploid seedling 033, a wonderful unusual form of unknown parentage that is tall and reminiscent of MAGIC OF OZ; and tetraploid seedling 081, a reliable triangular flower out of PAPER BUTTERFLY X DANCE ON A MOONBEAM, a creamy tan with a dark eye. 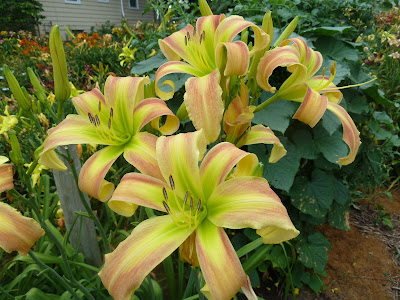 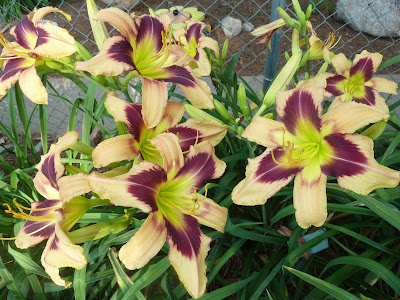 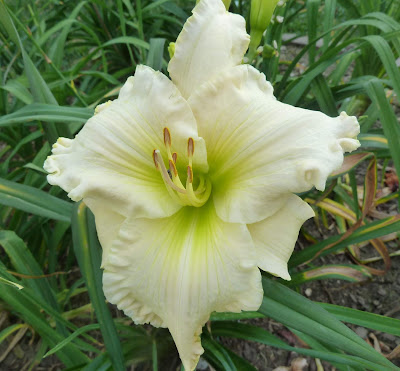 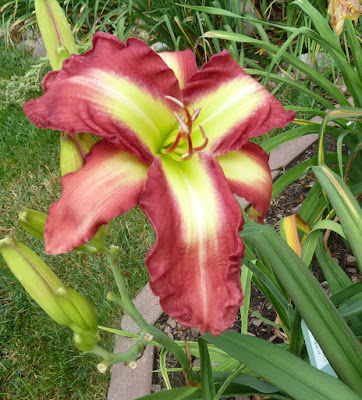 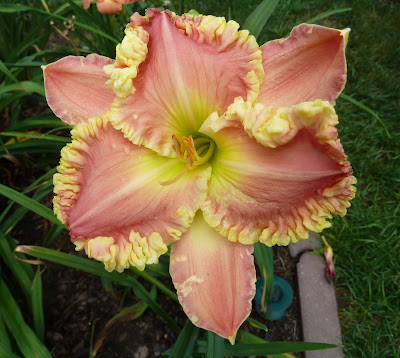 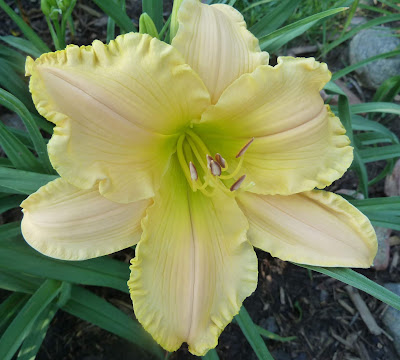 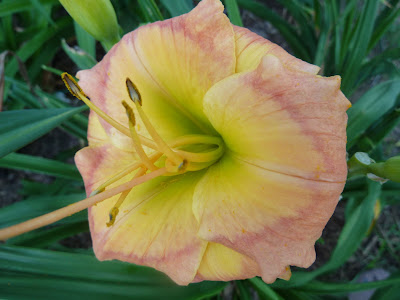 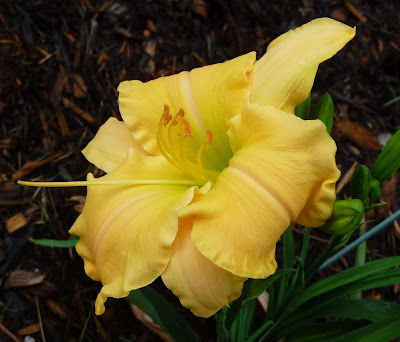 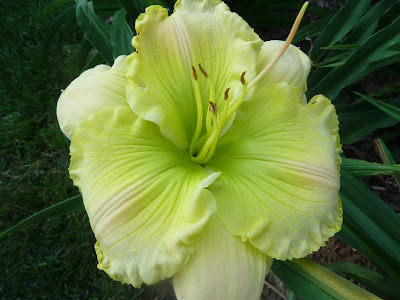 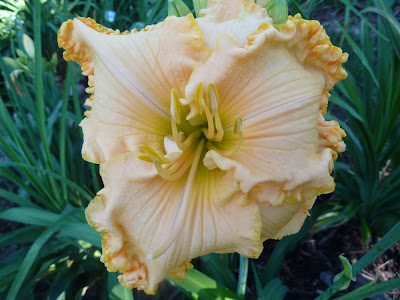 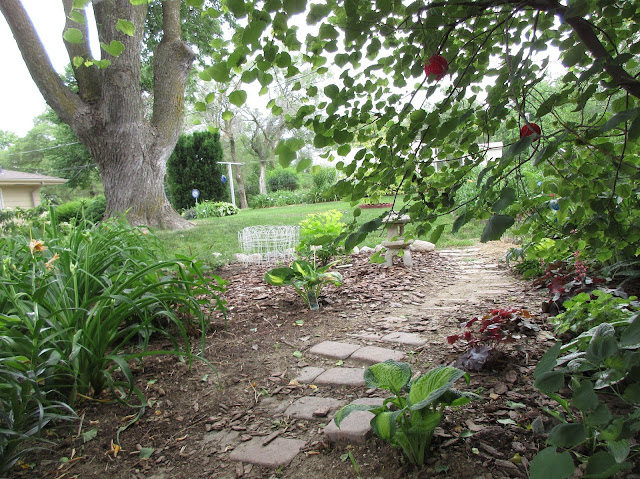 Meander through the tranquil shade garden
You are welcome to walk throughout the garden or rest in a shady spot. Phyllis invites you to visit her beautiful garden—you will not be disappointed! 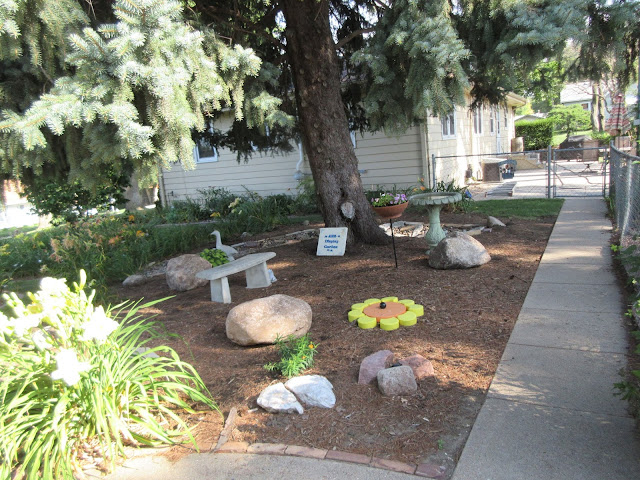 Enjoy the view while relaxing under the spruce tree
Posted by Mary Baker at 2:03 PM